On parasitism: When the young lactate the old 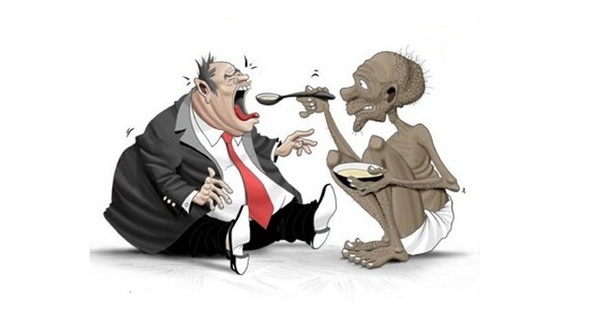 In the news this week, we read how parliament had passed a bill aptly named the “Administration of the Judiciary Bill”, 2018. We need not go into the reasons why this bill was passed at this particular moment but just note that it has been around since 2018. The Bill is intended to operationalize the Constitutional provisions relating to the Judiciary by providing for the further application and enforcement of Chapter Eight of the Constitution, which, provides for the independence of the Judiciary and also makes it self-accounting and protects the administrative expenses and emoluments for persons serving in the Judiciary by charging them on the Consolidated Fund among other things. It also empowers the Judiciary to deal directly with the Ministry responsible for finance in determining the retirement benefits payable to or in respect of persons serving in the Judiciary.

All this sounds very good until you get to the emoluments and retirement benefits. The emoluments of the honourable justices have been increased and that is as it should be. Indeed that ought to be done for all government employees and not just a select few. However, what really riles is the entitlement of all retired chief justices, deputy chief justices and magistrates on retirement (and those already retired), to not only get a one-off retirement package, but to also be paid a monthly retirement allowance (read salary) thereafter for not doing any work! Remember that unlike the rest of us ordinary mortals, these judges already do not pay taxes and are entitled to a gas guzzler, an escort vehicle, bodyguards, business class travel and anything else they can legitimately claim.

We would still not be concerned, because once in a while there is a judge who will deliver justice. However, besides not being taxable, judges are not part of any  contributory scheme from which such benefits would be paid on retirement. Technically, we taxpayers will pay out of the consolidated fund for them to go and live as they wish after ‘work’. And now the same chaps have gotten their way and are saying, not only will you pay us a retirement package, you must continue paying us a salary for as long as we live! That is because they cannot do any other work after retirement and live sedentary lives that require them to get better retirement benefits! That they sit for long hours and engage in detailed research. They write long judgements and are generally prone to lifestyle diseases!

If this is not legitimizing plunder, what is? And all this is coming after Parliamentarians just awarded themselves some Ugx. 20million each to avoid ‘okwetsyamura’ (sneezing). As responsible citizens and tax payers we must question how the Ministry of Finance gave these chaps a clean certificate of financial implications! What we are seeing, by extension through the three branches of government, is an attempt by the powerful to legitimately parasite off an emaciated economy. Not only are we one of the poorest countries in the world, but we are now faced by a potential recession!

In evolutionary ecology, parasitism is a symbiotic relationship between species, where one organism, the parasite, lives on or in another organism, the host, causing it harm, and stunting the host’s ability to thrive. This seems to be the point at which we have arrived. We have a country in which septuagenarians and octogenarians have acquired a legitimate right to steal from the youth and anybody in between legitimately. Our parliamentarians and executive have voraciously approved loans that they will never participate in paying, continue to consume a relatively disproportionate part of our budget and now their colleagues in the judiciary are happy to join in this abuse of public trust. My mother in her infinite wisdom always tells me that ‘olukula luyoonka, omwana gwaalwo” (that which ages, will be suckled by its offspring). But at what point do we the public call this abusive exploitation? It is indeed a strange way to be gifted by nature!