On land wrangles and property rights: why the imbroglio 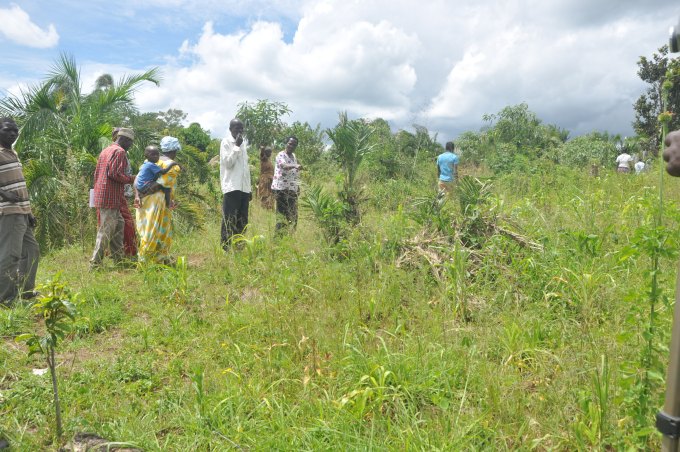 Everywhere you turn there is a land fight or dispute going on. From Apaa to Amuru. From Buikwe to Buduuda, to Mukono and Mubende and back. We keep on not being able to agree about how we should live off the land. There just seems to be so much confusion, it just seems to be a free for all. Many pundits have given an opinion on these land wrangles and how they should be solved but we don’t seem to be anywhere near resolving them.

In fact there is a whole commission of inquiry that has been going about the task of trying to unravel these land fights. Its proceedings can sometimes be very comical or theatrical, depending on what is being revealed. First, one party walks in and makes a heart-rending grievance about being mistreated by a ‘mighty and powerful’ individual. The accused party is then summoned to explain themselves. They appear with lots of documents and James Bond tales of how they acquired the land; recall the story of the unemployed 27 year old who forked out Ugx 4.7 billion for a parcel of land. Yes you had that right! 4.7 billion smackers!

Truth be told there seems to be no end to this charade and it is time we cut to the chase. What is causing all these land wrangles and fights? Why are we at such a pass? Before we even hazard an answer check out these facts. First, it is estimated that by 2050, more than 4.2 billion people will be urban dwellers. That is about 68% of the world’s population.  Second, because of advances in agriculture, fewer and fewer people will be directly employed in the sector. Indeed, while agriculture plays a less important role economically in industrialized countries, it remains strategically critical. That means there will be fewer and fewer farmers with time (in all countries of the world), though they will need to be more skilled to meet the challenge of feeding an ever growing population.

The above observations mean that as more and more people become urbanized, we should be seeing a massive increase in rural to urban migration and hence reduced pressure on land. While that has been happening in economically advanced countries, it is not happening here. There are a number of reasons. One is that we are not making advances in industrialization and urbanization as fast as we ought to be doing. So our societies (Sub Saharan) are not transforming as fast as they ought too. Two is that through the extant political order or dispensation, we have tacitly agreed to mess up property rights with respect to land. Today we have a very fangled and convoluted situation regarding land rights.

Take any of those areas where these wrangles are taking place. One finds the rights of bona fide (titleholders) owners conflicting with those of squatters, while communally held lands are also being contested in a manner that dispossesses native owners. Add a weak regulatory (police, land registries and courts) framework, spice that with a growing (agrarian) population and you have the right recipe for chaos.

Records are poor and enforcement of property rights wanting. These things are complicated by the need to support a populist democratic dispensation and you end up with the ultimate recipe for disaster. Poor regulation in light of conflicting interests and objectives also means the Uganda Land Policy (2013) is probably not worth the paper it is written on.

This is the irony of our times. Rural lands in economically advanced societies are being abandoned (43% of the EU is under forest cover today), while in our neck of the savannah not a day passes without a discussion of land exploitation. That points to a more fundamental social advancement problem. It is time we sit down and start talking about how we are going to diffuse this time bomb. It not too late.