On fisher(wo)men, social contracts and the dilemma of trust 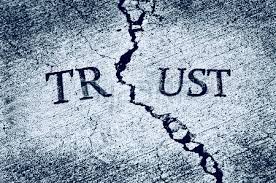 The political season never seems to end in these parts of the world and we Ugandans appear to totter from one dramatic scene to another with alarming and blissful unawareness of the challenges of our times. What seems to grab our attention are the sound bites ala ‘Nakyambadde, Kiddawalime and Nyamahunge. We repeat these and send memes on social media to distract from what matters.

But our struggle for leadership and direction is more real than these memes would imply. Let me focus on the trust dilemma for now. We have been told that henceforth, the children of the rich cadres, the descendants of NRA 1, who speak “exotic accent” and are now senior adults, are middle class and with no “home poverty pressures”, will be appointed to occupy strategic government positions, and take the country forward. They are the new the Descendants’ Resistance Army(DRA) who will do the work of the original NRA of their parents. Allegedly with these people at the helm it is easy to deal with corruption. However, when it came to the appointment of Ministers, the President went on record justifying his selection and appointment of the current cabinet as one where he was following what Jesus of Nazareth did in opting for the ordinary riffraff fishermen while leaving the usual intellectual Pharisees out.

These two stances from our leadership seem to be at odds because one would expect that the DRA consists of Pharisees (intellectuals) who speak with an exotic accent, while the cabinet is composed of a riffraff who relate to the commoners. What these pronouncements are speaking to are the tensions and contradictions in the NRM (read ruling elite) and a possible realization of a dawning failure to meet their social contract obligations to Ugandans. In philosophy, social contract theory, expounds the notion that persons’ moral and/or political obligations are dependent upon a contract or agreement among them to form the society in which they live. A social contract then is a compromise that political authority and obligation are based on the individual self-interests of members of society who are understood to be equal to one another, with no single individual invested with any essential authority to rule over the rest. In accepting to be ruled by the NRM, Ugandans tacitly accepted the NRM’s ten point program/social contract. Specifically, that program in point number seven spoke to eliminating corruption, particularly in the public service because it reinforced basic economic distortions. One would argue that it is on the basis of that trust, that the NRM was able to coerce and form us into a fairly stable and progressive society. But to what end?

Trust is a very transient thing. In a study on  “Effective Governance and Partnership Systems for National Development” with the Uganda National Academy of Science, we have been examining this question of the dilemma of trust. Trust is a fundamental component for a functioning and thriving society. Our study panel is of the consensus that the bonds of trust between societal sectors in Uganda are important for the fostering of  collective ownership of a national development agenda. Without trust, we get stuck in a self-reinforcing and vicious cycle of poor project implementation, poor service delivery and poor enforcement.

We may not have the answers but we hope we are asking the right questions. How can we build trust, how can we maintain trust, and if trust has been eroded through a failed social contract, where do we start  the process of rebuilding that trust? Can we trust the soon to be constituted Descendants Resistance Army (Pharisees) and their erstwhile allies, the Cabinet (fishermen) to have positive intentions? Can they foster accountability and transparency in the actions of government? In a clientelist (transactional) dispensation such as has been ordered under the NRM, are our trust bonds still intact? We may not be able to answer these questions, but at least we do agree that focusing on the Nyamahunges is obscurantist.