Let’s admit that education is not a public good: then we will fix it (part II) 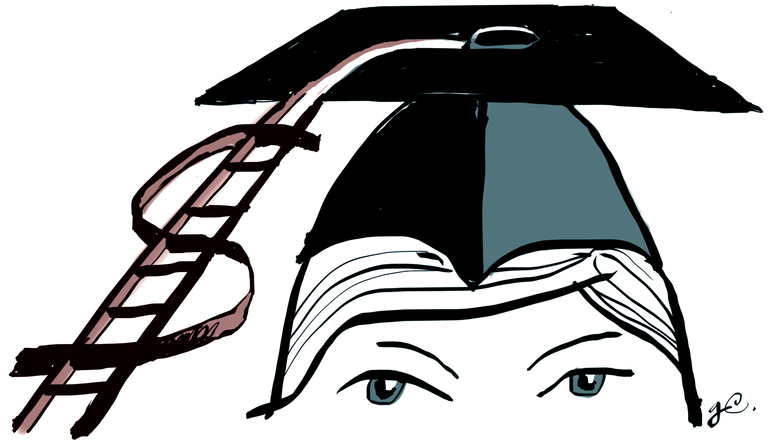 Thank you for reading Bodanomics. Last week’s piece raised a mini storm but I suppose that is the objective of this column. So if you were uncomfortable, then you must be thinking hard about our dilemma. My own limitation is that it is difficult to  get down into the detail in a 650 word article but as long as you get the idea, half the job is done.

Education is not a public good I opined. An economist friend got back to me arguing that I had contradicted myself because, in his words,  “… you cannot leave a merit good like education (with the positive externalities (I) alluded to) entirely to market forces. Even the children of the poor deserve to go to Budo, Gayaza and other elite schools.” He went on to argue that  (education) “….. (being a merit good) is exactly the reason economists almost universally support subsidization of education. It’s the only reliable opportunity equalizer.”

The key to his argument lies in two words that confuse the minds of policy makers. Those words are ‘merit’ and ‘poor’. The use of ‘merit’ to describe goods can be traced back to the 1950’s when one Richard Musgrave introduced the idea of  a merit good as a commodity which an individual or society should have on the basis of some concept of need, rather than ability and willingness to pay. A merit good is assumed to have some positive externalities (which I alluded to) which the intended consumer (because of limited knowledge or what we call information asymmetry) may not know is good for him. That is why education  is a classic merit good and I agree with my friend. The term ‘merit good’ is however not very much in vogue these days.

The second term that confuses policy makers is ‘poor’ or deserving as my friend said. The problem with saying that ‘the poor too deserve to go to Budo and Gayaza’ is problematic because it assumes that because the poor also deserve good things (which I agree with) the standards of those schools should be lowered to help the deserving.

Why is this not a good argument for policy? It is a bad argument because we assume that this kind of social experimentation (where the poor deserve to go to Budo or Gayaza) must be about making people equal rather than better off. We have enough anecdotal evidence that when you try to make people equal (through communism) you create disincentives that actually make them worse off. The end result is that you remove the capacity of Budo and Gayaza to excel by mispricing the service they sell. That is very bad economics since everyone loses.

If  you redistributed all wealth equally , and then left people to their own machinations, inequality would be reestablished after a while because it is a natural order. We should understand the cruel reality that (1) not everybody can have an utopian education (‘deserving’ to go to Budo or Gayaza) and (2), the reason we want everybody to have a minimum education (because it is a merit good) is so that they can obtain gainful employment as master craftsmen rather than boda boda riders. Truly great nations are built on artisanal skills of iron mongers, plumbers, carpenters and masons.

So what should we do about education? Rather than trying to ensure that every peasant can send their child to Makerere, we should let those who can pay for that ‘elitist’ education pay the right price because we have a resource shortage. We would then take public resources and provide education for the ‘poor’ who deserve to be lifted to get a chance to get a quality minimum education. That was my point then and still is. If you still don’t believe me, just go see the chaos at Makerere that is borne out of a sense of misguided entitlement and mispriced services.