In the Tower of Babel: the development trap in our discourse 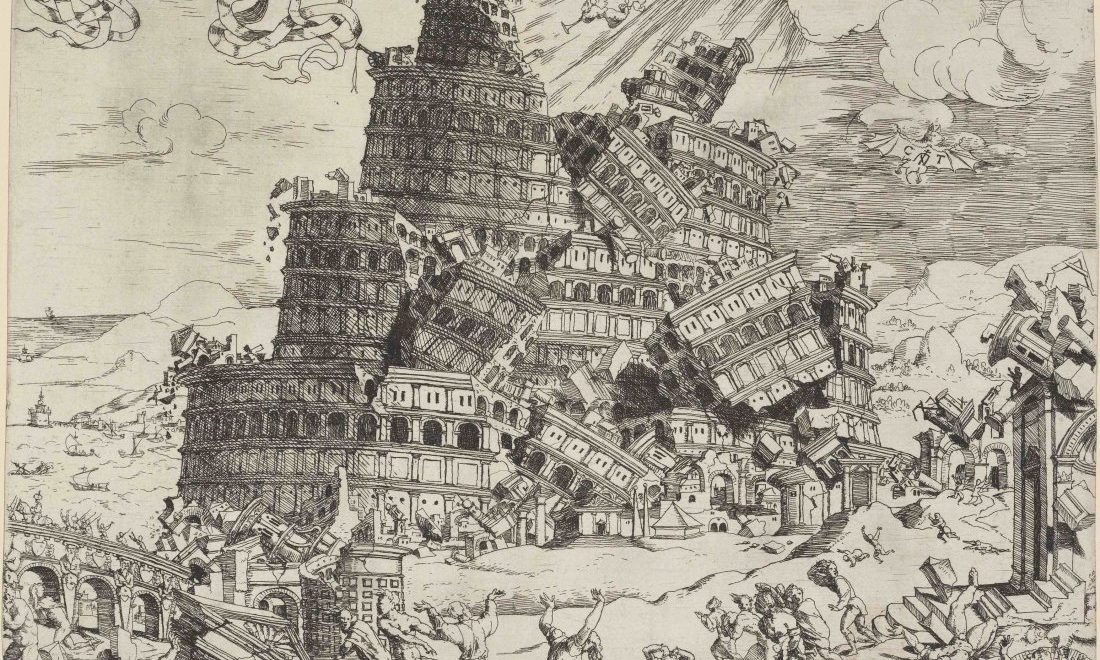 There are times when you don’t know if you are going or coming. Your head spins so fast, you are not able to make sense of the events that are happening around you. That is how I feel right now. Everywhere one turns, there is a political conversation going on which is not about a better tomorrow. Rather it is about how to best the other half of society. That conversation has turned our focus away from what constitutes the common good and a better tomorrow.

This reminds me of the Tower of Babel. Throughout history, the Tower of Babel has been used to explain why people of the world speak different languages. According to this mythical story, a united humanity in the generations following the Great Flood came to the land of Shinar. Whence they agreed to build a city and tower tall enough to reach heaven. God on observing their city and Tower confounded their speech so that they could no longer understand each other.

In popular culture (dramatizations) the Tower of Babel is used as a play upon themes of lack of communication between the designers (leaders) and the workers (common people) who are constructing the Tower of Babel. The words used to justify the tower’s construction by the designers take on a totally different meaning of oppression to the workers. This leads to its destruction because of the insufferable conditions of the workers.

This metaphor is akin to the current state of our motherland Uganda. We seem to have built our own Tower of Babel – a simmering political maelstrom of confusion devoid of purpose or direction. We seem to flounder from one political issue to another, mindless of the need to heed the higher calling to develop a better society. Whichever way you turn, the narrative is one of politics. How did we arrive at such a junction? How did we all want to be like God so that we could not heed a higher calling to work for posterity?

Maybe the confusion is more to do with who wants to ‘design’ what and for whom. But that confusion has become our development discourse for so long. Nothing has consumed us more than politics and the need to justify certain positions; it has gotten to a point of absurdity. Our leaders across the political divide are so entrenched, in terms of what they disagree upon rather than what is mutually beneficial for the common good.

In the meantime, many economic opportunities have been lost as we waste valuable time politicking and squabbling. The three areas of our country’s economy that have been most impacted by our confusion are power, people and planet. In terms of power, we have failed to keep pace with countries that were in our league yesterday. In terms of people, do not be deluded, the quality of our education has been sliding for the last umpteen years. With respect to the planet, we have again failed to control our demand for forest resources as our population has spiraled out of control.

If you doubt how much gas political squabbling has taken out of the economy, just ponder the fact that Ethiopia’s GDP has grown to over US $ 72 billion, and Kenya’s has grown to US $70 billion according to the World Bank’s 2016 data. In our case we just turned the corner at US $ 25.5 billion. From yesterday’s ‘ebimeeza’ to daily radio and TV talk shows, the only game in town is politics.

Just do remember fellow citizens, that as we fiddle, Uganda burns. Those who come stealthily as we squabble, are using this opportunity to plunder our resources, as brother/sister goes against brother/sister. In these confusing times of Babel, it is easier to kiss the shoes of a charlatan than to plan and work together for our nation.