From HIV to Covid-19: let us salute those who dare heal us. 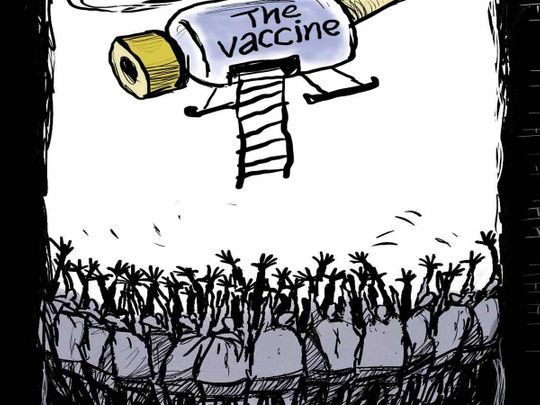 Time lives in capsules (no pun intended). You can always unravel one and relive a moment when a crazy event led to ingenious solutions. So let’s go back in time. It is 1989 and Ugandans have been invaded by a strange disease. According to folklore this disease came into the country via Bukoba in Tanzania. It is alleged that a Ugandan from Rakai who had gone to trade in that region had had a sexual encounter with a prostitute and refused to pay for her services. Whereupon she had cursed him and all Ugandan traders to suffer this ignominious end.

On returning to his village, the trader had infected his wife, girlfriend and all in his social circle with this disease. ‘Mukenenya” it was called, and it was causing untold havoc in the Southern parts of Uganda. One middle class trader in watches who operated on William Street had travelled to Rakai and had also been infected. Some people flocked to his watch shop on William Street to see the effects of the “namusuna” (Kaposi’s sarcoma probably) on this trader who was withering away. It was utter chaos I recall!

Enter one Yowanina Nanyonga of Ntuku village in Mawokota County near Sembabule and her miracle soil. Nanyonga claimed to have had a heavenly vision (the kind some Kampala pastors suffer daily) directing her on how to cure people of this strange disease that was ravaging Rakai and had now spread to Kampala. Soon her compound was inundated by the rich, middle class, and poor from all walks of life seeking to be healed. Who would blame them? There was hardly any direction from Government on what was going on and what should be done. And if there was, it consisted more of an acknowledgement of the retribution that God  was meting on us for our sins! Before you could finish saying ‘tugenda wa Walumbe e’Tandda” the sick and ailing had allegedly consumed several tons of the soil in Nayonga’s backyard.

With time, sanity was restored. We came to learn that the disease was Acquired Immune Deficiency Syndrome (AIDS) and was caused by a virus called the human immunodeficiency virus (HIV). Famous Ugandans like Philly Lutaaya (RIP) and Noerine Kareeba (of TASO fame) who lost her husband to the disease spoke out and helped contextualize what was going on. The government acted and encouraged transparency. Programs to combat the scourge were put in place, helping many and making a few rich in the process. Today we have more or less come to terms with the disease and learned to live with it.

Fast forward to 2019 and the world is invaded by a new scourge. Covid-19 it was called. A former American President, to the ire of the Chinese, called it the “Wuhan disease”, because that is where the first outbreak was recorded. Unlike in the case of HIV back then, technology has advanced tremendously that in a space of just six months, we had potential vaccines being produced to combat the pandemic. As I write, those who won the geographical lottery are being vaccinated against the latest scourge as we in the Third World watch ( I am told a few lucky Ugandans, have been able to receive the Sinopharm vaccine from China). If you too have the money, you can fly to Dubai and get vaccinated for a few thousand dollars.

But do not despair. For the 40 odd millions of us, there is UBV-01N, which allegedly kills viruses, stops inflammations and modifies the work of the body immune system. A presidential confidante in one of his tweets informed us of the coming of this ‘vaccine’/treatment. The vaccine/treatment was as is required by protocol launched by the President and we are hopeful it will end our woes. I need not delve into the science of viruses, but I suppose as in the times of Nanyonga, desperate times call for desperate measures. We need all the prayers and good luck!