Between ‘Senana’s’ woes and our sense of schadenfreude 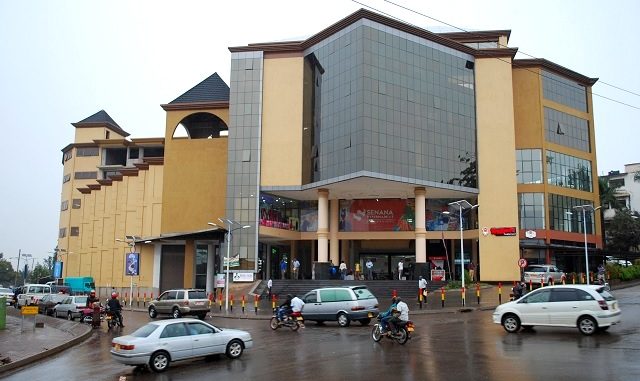 The ink had hardly dried on last week’s column and one of our own business people had her woes splashed across social media. I personally don’t know Madam Frida Nabirongo (sic) but I could feel for her. First was a tweet by one @harunakiye seemingly ‘gloating’ about the eminent sale of Senana building on Buganda Road. It was replete with lawyers letter and advertisement by Century Associates. Other posts followed with pictures of a distraught Frida who had a month to pay Ugx 6.5 billion or so to Standard Chartered Bank.

There soon followed an avalanche of ‘clever’ chat discussing who advised the lady in her business and all kinds of shenanigans that she must have been up to. There was hardly a kind word of understanding about the ladies woes. To a large extent, most of the comments were of the ‘I told you so’ type. The kind laced with what the Germans call schadenfreude. It’s made up of the words Schaden, which means “harm” or “damage,” and Freude, which means “joy.” By definition, schadenfreude means finding joy in someone else’s misfortune. Schadenfreude and empathy are two sides of the same coin. They’re both a response we feel to seeing someone else’s trials and misfortunes.

As we noted last week, business takes no prisoners. Failure is more prevalent than we tend to acknowledge. However we need to understand that the growth and development of our society is largely hinged on the success of micro, small and medium enterprises (MSMEs). Just look at the statistics. Uganda’s Private Sector is dominated by MSMEs comprising approximately 1,100,000 enterprises. Collectively, MSMEs constitute about 90% of private sector production, generating over 80% of manufactured output that contributes 20% of the Gross Domestic Product (GDP). They are the primary source of new jobs contributing to about 90% of employment and overall they employ more than 2.5 million people including marginalized groups such as women and youth. They also play a crucial role in income generation, especially for the poor.

According to the Ministry of Trade, Industry and Cooperatives (MTIC) policy paper titled  “Sustainable MSMEs for Wealth Creation and Socio-Economic Transformation, 2015” it was noted that MSMEs face incredible difficulties in running their businesses. Top of the pile is access to the right kind of capital. This is worsened by the high interest rates charged, lack of collateral and the limited number of financial institutions willing to provide for the credit and financing needs of MSMEs due to the nature of their establishment and operations.

This is the harsh world where Ms. Nabirongo operates. The difference between her and most of us is that she has probably had the wherewithal to take the plunge and invest. She has created infrastructure, jobs and lifted lives of many people. Her woes, like many of her peers, should concern us at the policy level. The worrying point is that we will gossip about her ‘failure’ and forget that as she is being carted off by the undertakers, some of our own relatives may soon be knocking on our doors having been rendered jobless by the demise of another MSME.

What our country needs is a realistic framework for institutional support of those who attempt the entrepreneurship journey. That includes financial literacy and good governance training, and access to the right types of finance. There is a lot we need to do for our entrepreneurs because they are a critical part of the engine of economic growth.

When one entrepreneur succeeds we should be proud as a nation to say we also have our ‘captains of business/industry’. These should be role models we can point to like in the case of the late James Mulwana and others of his calibre. On the hand, the failure of our business persons should be a cause for concern rather than a ‘cause célèbre’. Our policy analysts and decision makers need to take heed.