Bad Black: the measure of a wo(man) 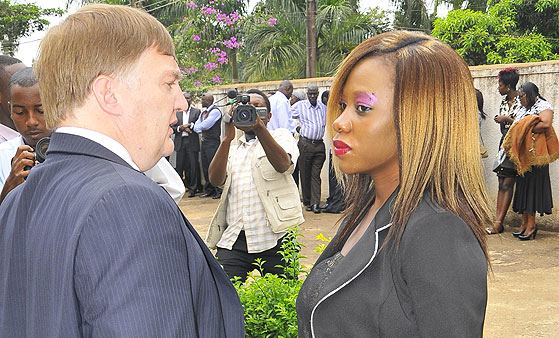 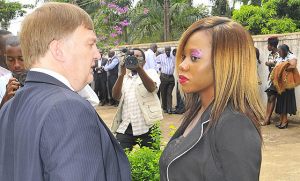 But that is Bad Black’s story and I being no moralist have no right to judge her. All I can do is reflect on it and ask: what if it was me? Which brings me to the measure of a wo(man). They say that if you want to know the true character of a person, give them one of two things – money or power.

Bad black got the money, and she spent it the best way her limited faculties and social context informed her. Don’t you say ‘fool’s gold’ because she won’t be the first to blow a fortune. She was just another lottery winner. Only that the ticket was between her legs and she thought she would keep on winning with the same ticket. But what if it were you or me? What would we do?

Many others get power and they do the strangest things. Mobutu got it and run mad. Nelson Mandela got it, he walked away after four years despite thirty odd years of struggle. Abacha had it and died of a heart attack during one of his orgies! Kaddafi had it, got himself a bevy of Amazon warriors and crowned himself King of Kings! But his people had the last laugh! Bingu wa Mutharika had it and did strange things despite his education. Got himself a jet and sixty Mercedes Benz cars in a poverty stricken nation! He of World Bank repute! Many others have it and are doing strange things despite their protestations to the contrary. So what would you do if you had money or power? What is your true measure?

I have seen people do strange things with money and power. And I must confess, I have done strange things with money and the little power I have been able to wield over others. And there is the rub. How do you deal with money and power in an iniquitous society? Money and power endow one with the ability to exploit situations and people. Unfortunately, despite their innate value, these two are oft misused. In my culture there are proverbs that speak to the place of a poor wo(man). S(he) may not contribute ideas to the village gathering (mukutano) even if all decisions are arrived at by consensus – ‘omwavu tateesa’!

And the story isn’t yet over. Dragged to court for ‘embezzlement’ or ‘corruption’ (I wonder how our justice system works) Bad Black is started singing! That the eleven million ‘effin’ smuckers her white sugar daddy sent were for sex, that she gave all sorts of favours for the money and that she didn’t even enjoy the sex! For her efforts, she got four years in jail. I personally would not judge her in such a harsh manner and even if I were to do so, I would say walk baby, walk! You are as much the victim! What was that male idiot smoking when he made you a co-director, despite your limited capacities? Had his blood migrated south? The things money and power can do! You will never know until you have some!