The return of the Taliban: lessons in strategy 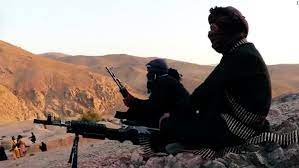 This week all eyes are on Afghanistan. We have watched with amazement as the Taliban (students or seekers in the Pashto language) fighters took over provincial city after city and eventually Kabul in a space of weeks as the US army withdrew.

According to statista.com, Afghanistan has earned itself a reputation as the graveyard of empire builders. Between 1839 and 1842, the British invaded this territory in what is called the first Anglo-Afghan War. Reportedly 4,700 lives were lost on the side of the invaders. In 1878-1880, the Second Anglo-Afghan War took place with a loss of 9,850 lives. A third war is reported in 1919 with 236 lives lost by the invaders. This coincides with the end of the First World War.

Fast forward to 1979 and the Soviet Army attempted a blitzkrieg. Their occupation lasted until 1989 and 14,453 deaths later, they were kicked out. The departure of the Soviets created a vacuum that was swiftly occupied by the Taliban and for a period they visited an unimaginable form of Sharia law on the territory. This was ended by the US and allies invasion of 2001 (Operation Enduring Freedom) which is drawing to a close in 2021. Twenty years later, 2348 deaths on the side of the Americans and a reported spend of US $ 2 trillion, there does not seem much achieved. Recall that the US invasion was triggered by the events of 9/11 and the claim that Afghanistan had become a breeding ground for terrorism. To say that this is the ignominious end of what sounded like a ‘noble’ call is an understatement. Historians will be busy for a long time trying to explain what happened and why it all went so awry after such an investment of lives, resources and alternative truths.

Nevertheless, there are lessons for all of us underdogs in this embarrassing debacle that was borne of the incompetence of the Trump government and its attempts to write for itself quick wins in what was really an intractable war. The first lesson is that despite twenty years of Western media propaganda against the Taliban and other resistance movements in Afghanistan, the facts did not change. The Americans were not liberators and were not welcome in Afghanistan. How else does one explain the overnight disappearance of the national army in light of the Taliban advance? But then again, that is not to say that the Taliban will be able to pacify Afghanistan. At best, the Afghans will now go at each other and sort out their differences. It is going to get ugly,  but that is the way of the world.

The second lesson is that ideas, however absurd, will always outlast gun powder. The Taliban idea of correctness is a strict version of sharia law in which women are predominantly barred from working or studying, and are confined to their homes unless accompanied by a male guardian. Public executions and floggings were common in their first five year rule and anything Western was generally considered blasphemous. To most of us, to put it mildly, this is rather extreme and barbaric. But then again, if that is what makes them succeed, who are we to impose our value system? Their ideas have outlasted all aforesaid invaders and hold sway today. Did I hear you say Buganda is an idea?

The third lesson from the events in Afghanistan is that you may lose the battle but never lose the war. When the U.S.-backed forces in the north swept into Kabul in November 2001, the Taliban disappeared into remote areas and bade their time while conducting a war of attrition. Their 20 year wait has now borne the results they wanted with minimal casualties to them and a horde of army equipment to reinforce their hold on power. What the Taliban said then was that the US Army had the watch and they had the time. May be, we too can be students of the students!